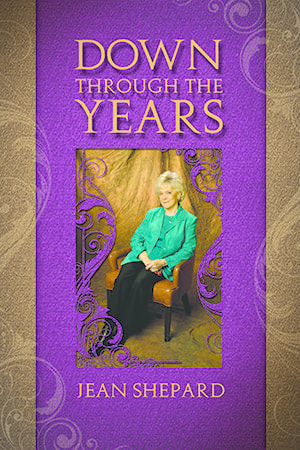 Down Through The Years by Jean Shepard

Country Music Hall of Fame member Jean Shepard's autobiography. In 1953 she had her first hit with "A Dear John Letter," a duet with Ferlin Husky. Shepard worked extra hard to develop her career as female vocalists. Kitty Wells was the only dominant female force before her. She smiles when she remembers Hank Williams saying to her, 'There ain't many women in country music.' I said 'I know sir, I'm fixin' to change that.' Shepard had 45 hits on the singles chart between 1953 and 1978, including her signature hit, "Second Fiddle To An Old Guitar." from 1964. Her marriages included a tragically short union with Hawkshaw Hawkins who died in a 1963 plane crash,and her 45-year marriage to Benny Birchfield.